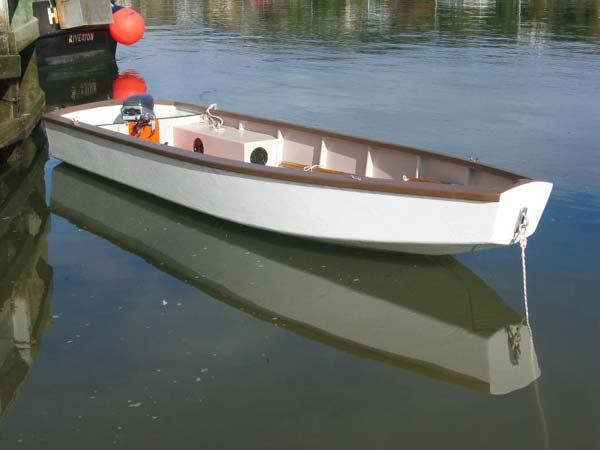 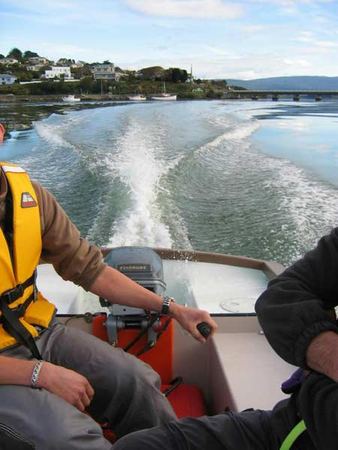 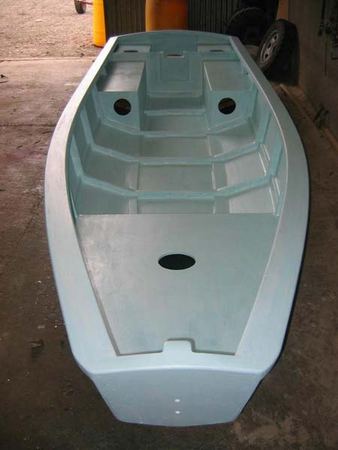 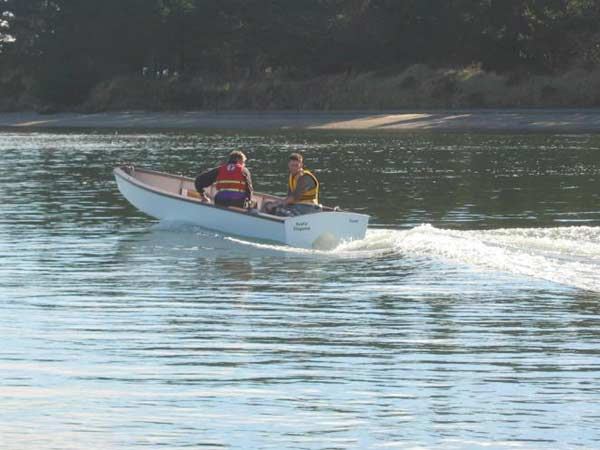 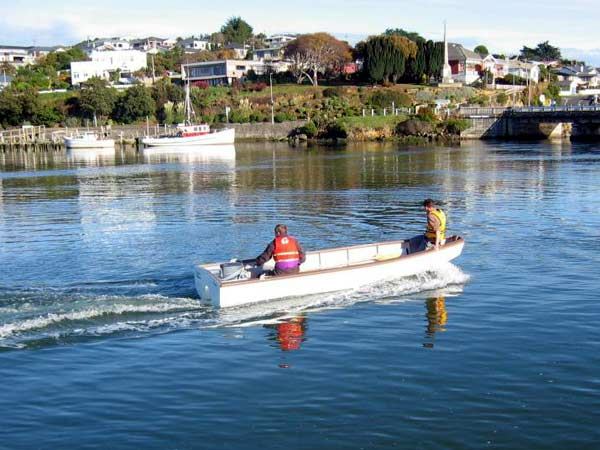 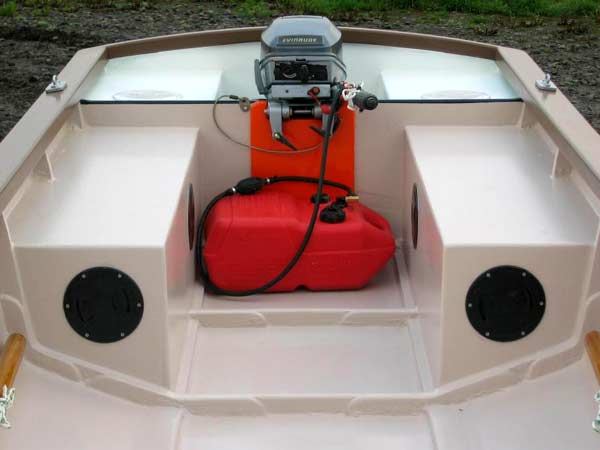 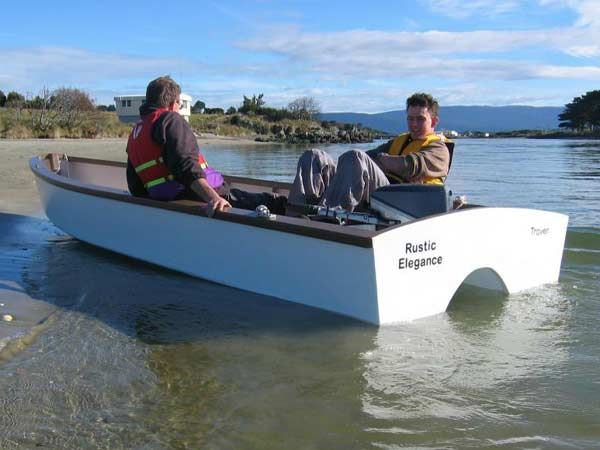 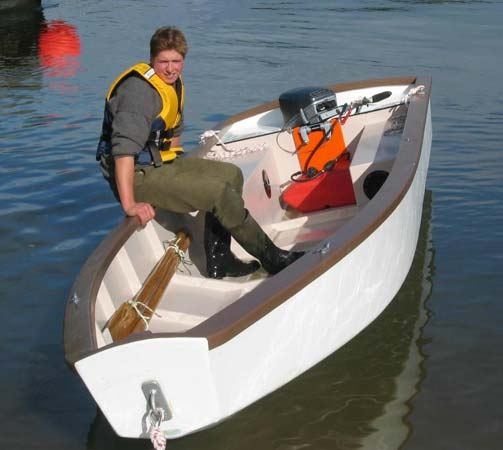 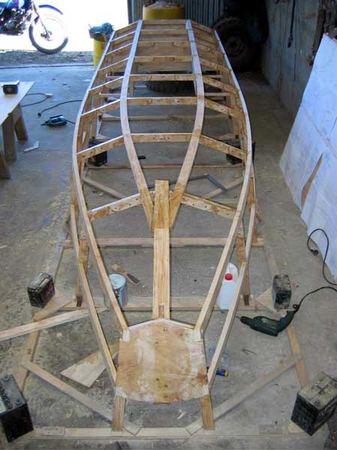 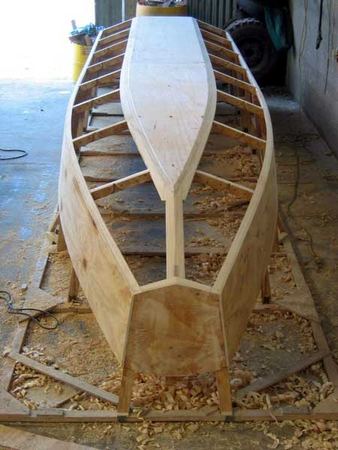 A seeker of treasure trove.

I had been asked by an aid organization to design the simplest possible inshore and estuary fishing boat for the people of East Timor, the villagers were dependent upon their boats for their survival, they fish from them, use them as the village truck, ambulance, taxi, hearse and wedding carriage. Boats are their life, and the country needed several thousand of them to help recover from a disastrous war.

Time was short, the people were starving, money was short as were skilled boatbuilders. Local materials were almost unobtainable, and the first few boats were to be built by Barry Wicks of A.B.E.T. (Aussie Boats for East Timor) in New South Wales and shipped up to their new owners so it was with all of these factors in mind that I sat down to design a boat that would fit all of the criteria.

Construction plywood and builders yard lumber were readily available and were consistent with the skills and tools available, and I chose galvanised steel fastenings and builders polyurethane adhesives which were cheaper than the epoxy and bronze normally used. There were a whole lot of 15HP Yamaha outboards in the United Nations store, so we could use those for power. The boat had to be really simple to build, really tough to cope with the constant use and very seaworthy as the boats had to work in all possible conditions.

Barry built the first few boats under his house, I'd designed a longer and even simpler boat consistent with the Timorese preference for canoes and they were a huge success. (See the ‘Clarence River Dory’ the civilian version of the East Timor ‘Fat Canoe’

He now lives in East Timor and works with the United Nations Fisheries officer directing a group of locals building new boats as hard as they can go.

David Bliss built a prototype of this shorter design which has proven to be everything that we had hoped from her. Fast, stable, roomy and dry. So successful in fact that I thought she would fit the bill for recreational fishers and duck shooters as well.

I have cleaned up the styling a little, and have given her seats and buoyancy tanks consistent with her five person capacity, switched from the cheap and rusty options for the fastenings to stainless steel and have specified marine glues. This is a ‘civilian’ version if you like, one that is prettier, that will take only slightly more to build but with looks and performance an owner can be proud of.

She has a narrow flat bottom panel with a very fine entry to reduce wave impact, this planing shoe gives her the ability to plane a heavy load with a relatively small motor. The chine panels are well veed to ease her motion in a seaway and the topsides are flared enough to keep her dry inside. This shape is a well proven one and ideal for the shot sloppy waves of the lakes and estuarys that she is intended for.

With the ability to launch off a beach, skim along in very shallow water, carry a large load with a small engine, and still cope with the rigours of inshore fishing, this is a versatile and tough little fisherman. One which will take less labour and cash to build than most, and one which will get you out there. After all, the worst day fishing is better than the best day at the office.

Note that this kit does not contain any of the wooden parts.