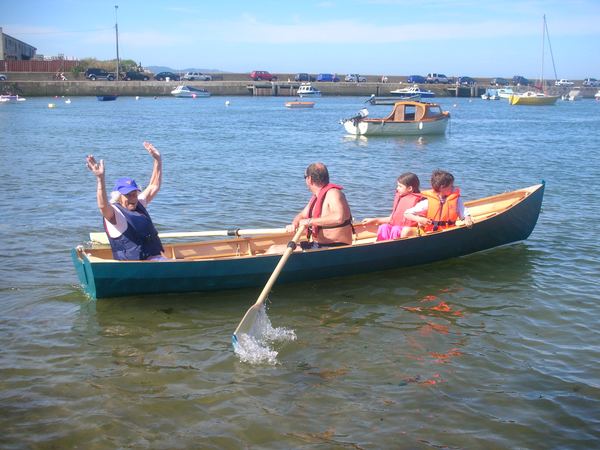 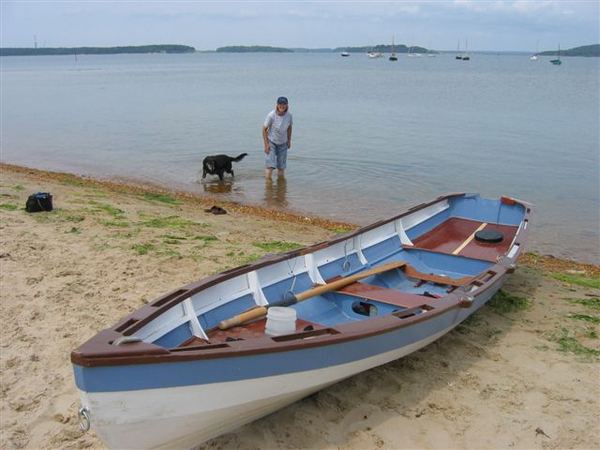 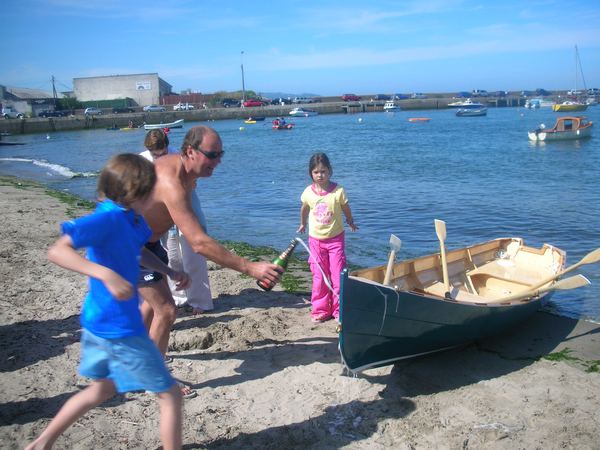 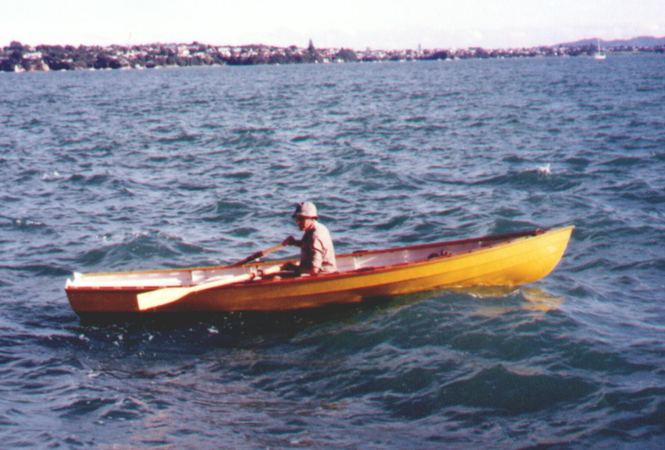 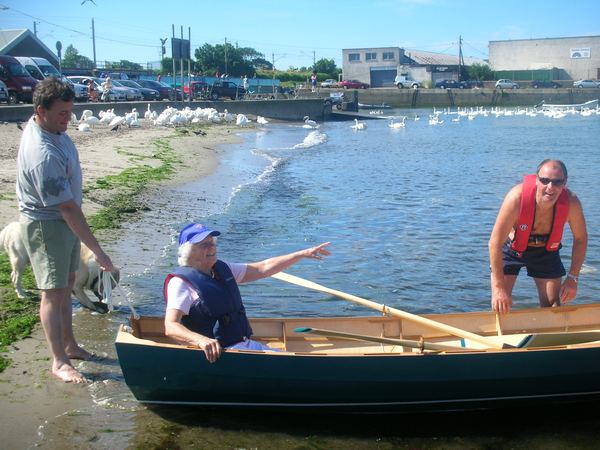 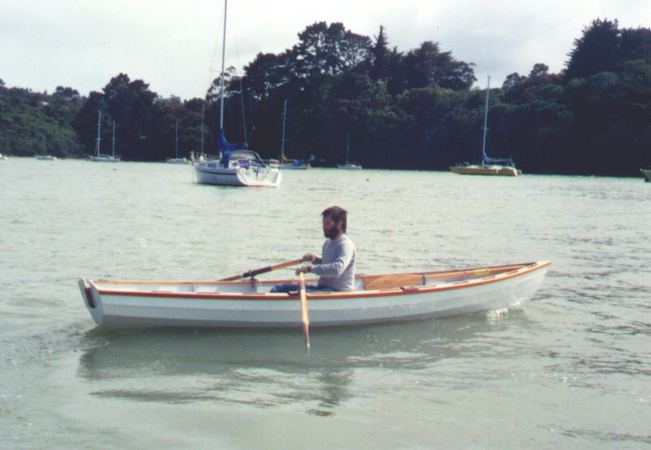 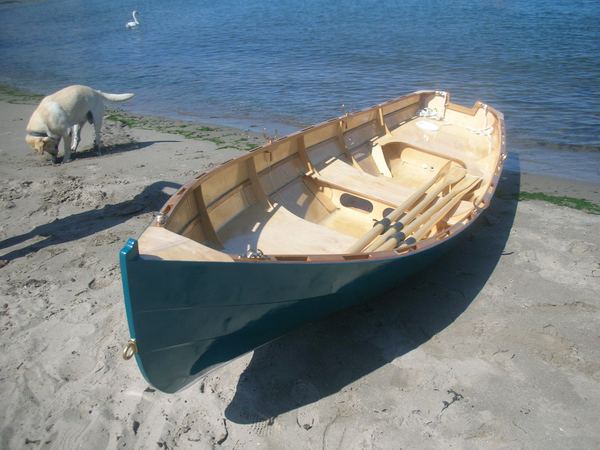 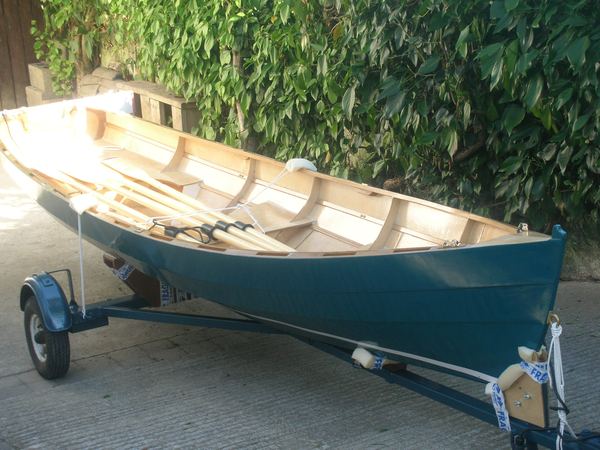 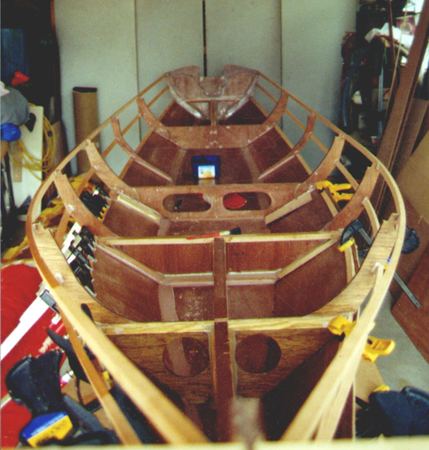 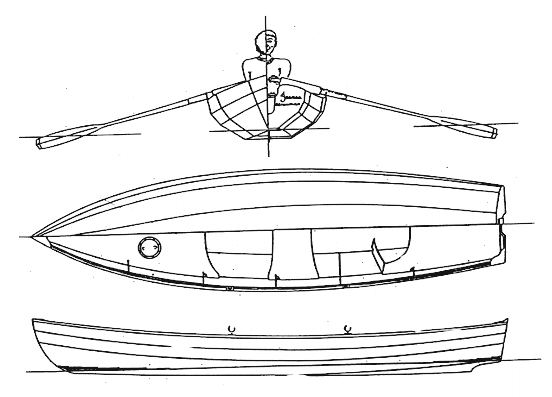 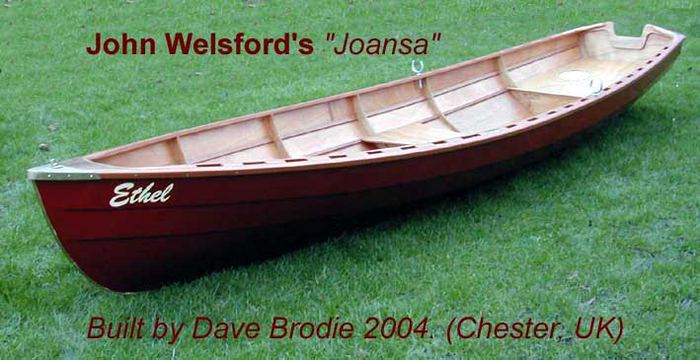 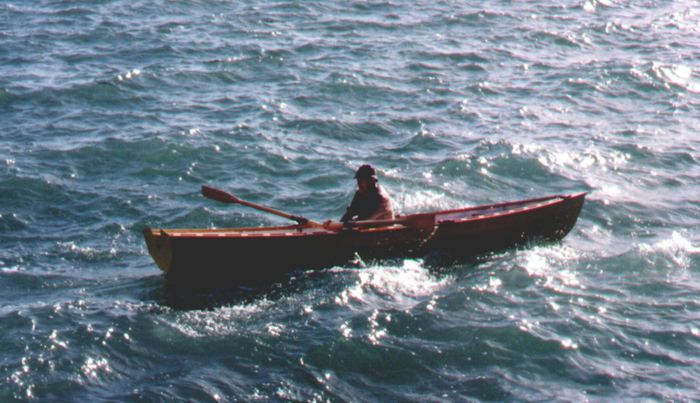 A while ago I spent a season cruising in a very capable light dory I'd designed, the trips ranged from a week which took me from Dargaville down the Kaipara harbour to Helensville, to an afternoon trip up to Riverhead and back.

It's a lovely way to see the coastline, surprisingly fast in the right sort of boat and a lot easier than shouldering a pack through the bush, a doctor friend tells me that fixed seat rowing is one of the most beneficial and least destructive forms of exercise. ( I've no doubt that exponents of other disciplines will disagree but few dogs will bother chasing a rowers).

I sold the dory to fund the next design and build project, but I missed the ability to be afloat within moments, and the glow of well being after a good hard row down the channel. I missed being able to take wife and daughter with thermos and picnic lunch exploring places as dissimilar as Westhaven Marina and the upper reaches of the Puhoi estuary.

Well, the workshop was empty so it was back to the drawing board again. I fancied one of the classic round sided dories, the last one had been of the better known straight sided type adapted to plywood and to our our local conditions. With this new boat I'd a mind to try for the efficiencies of the the more complex round bilge shape while trying to stay with the dories simple construction.

Joansa, the name is derived from our family, is an adaptation of a late 1800's Chamberlain Dory skiff, native to the inshore fishing industry of the north east coast of North America. Smart rowers, seaworthy, simple to build and maintain, and nice lookers.

My modern day version is light enough to put on a roof rack, fast enough to win races and carries enough weight to take the three of us and gear on a weeks camping holiday.

Joansa proved popular, she is a very pretty craft that attracts a lot of attention and plan sales have been so good that at least two boatbuilders took them on as a stock boat.

Our Joansa did a lot of miles for us, travelling quickly and easily – some of the mileage done under power with our 2hp Honda outboard but mostly under the oars she was designed for.