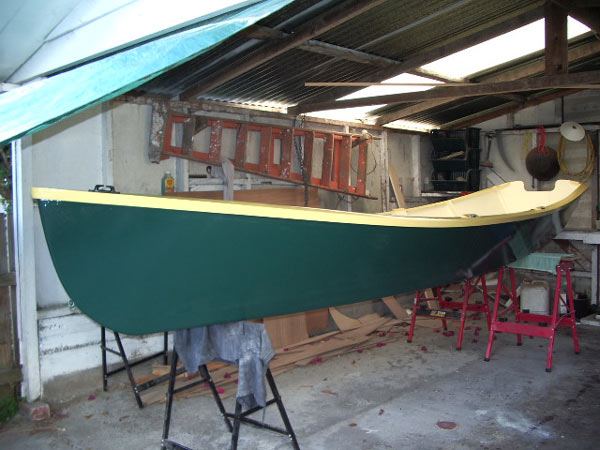 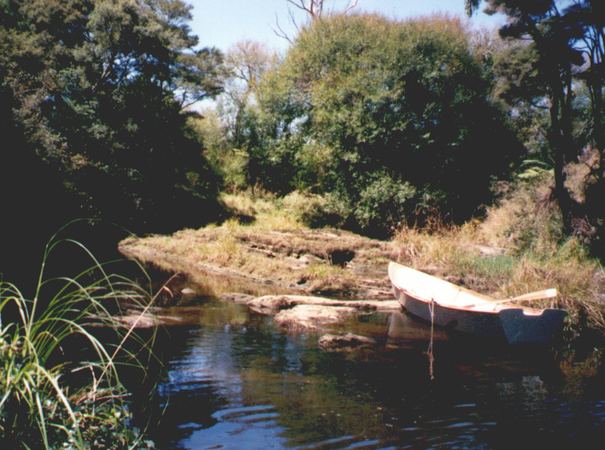 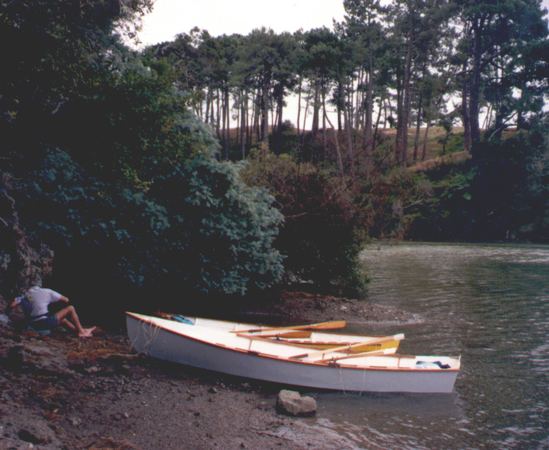 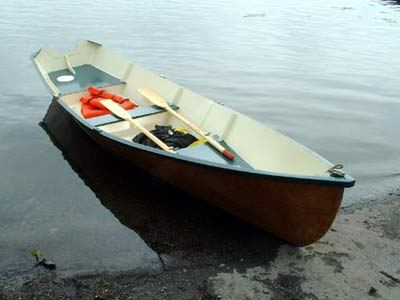 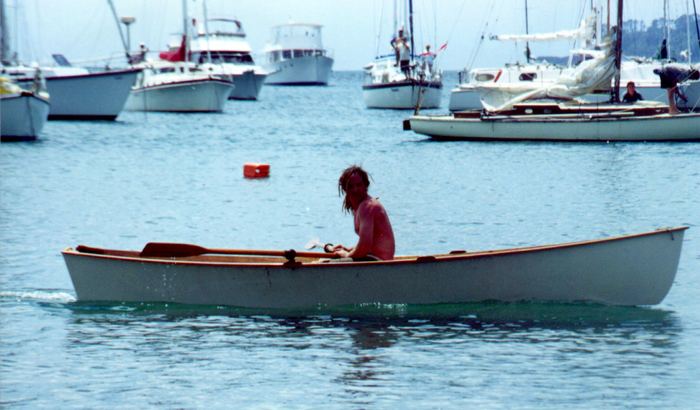 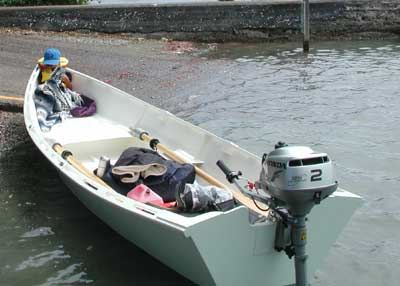 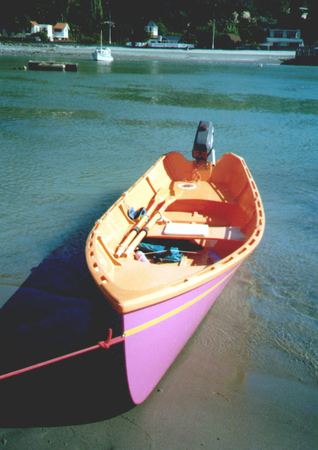 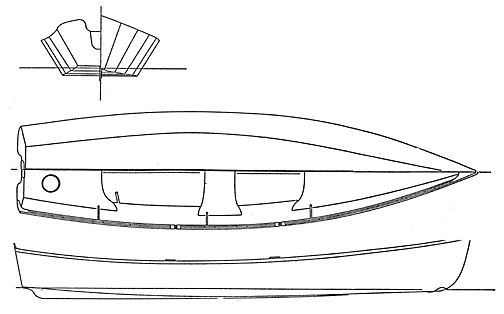 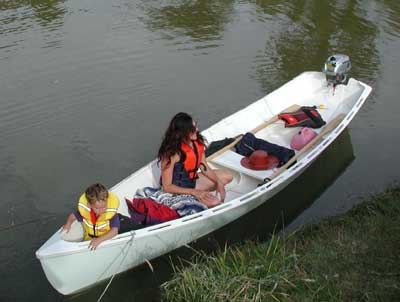 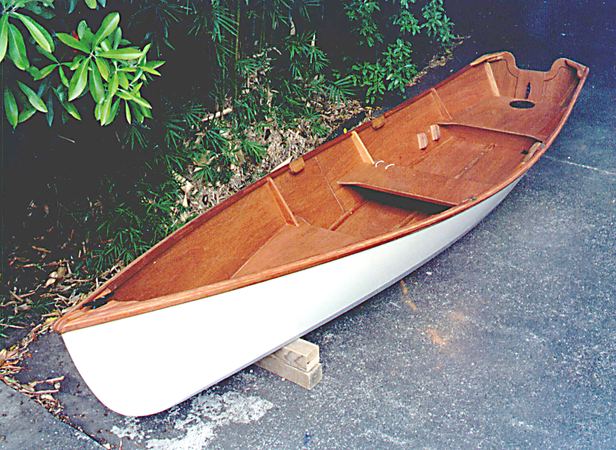 I am very keen on recreational rowing boats, my Wife Jan prefers to see where She is going in Her sea kayak but I like the feel of the bigger boat and the way the rowing motion uses all of the bodies muscles as well as assisting the breathing as the torso rocks back and forth.

To row a nice moving boat such as ‘Silver Gull’ is easier than walking, and is surprisingly fast. To carry a load such as camping gear or a friend or two makes little difference to the effort needed to move along at an easy pace and it is a wonderfully peaceful way to explore an estuary or coastline. For those who, like Jan, wish to see where they are going, a motorcycle wing mirror fitted to the gunwale makes a dandy ‘front view mirror’! For those who wish to use an outboard motor why not, Seagull has a transom braced for a small motor and will get more performance out of 2 horsepower than anything else I've seen.

Recreational or sports rowing boats are often pretty easily upset, the narrow waterline beam making them very tender. In this boat though the bottom is wide enough to allow one to stand up within the boat (carefully), stability which although it does knock a little off her performance, makes her a much more versatile craft and only about three minutes in the hour slower than her more sophisticated sister Joansa.

Seagull builds in the same way as ‘Fish Hook’ and her other sisters, and in fact the long gentle curves of the proportionately slimmer rowing boat makes her easier to build in spite of the larger overall size. If you use Gaboon (Okoume) plywood and take care in the building it should be possible to keep her weight down to about 40kg.

Rowing a boat like this is nothing like most boaties have ever experienced, they move incredibly easily using very little energy, and once the technique of feathering the oars has been mastered can be rowed for hours on end at a speed that would surprise many sailors. A good recreational rowing boat, unlike the delicate ‘toothpick’ that the competitive rowers use, can cope with even quite extreme weather conditions, and with an experienced rower in charge will ride over seas that would put much larger boats at risk.

Gently stroking Seagull along on a quiet evening tide, up an estuary somewhere not far from here, is my idea of heaven.