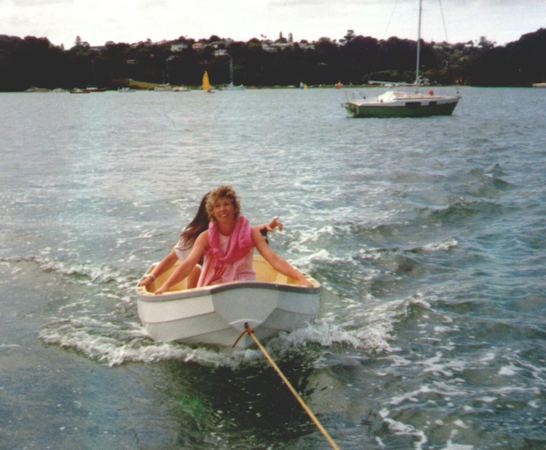 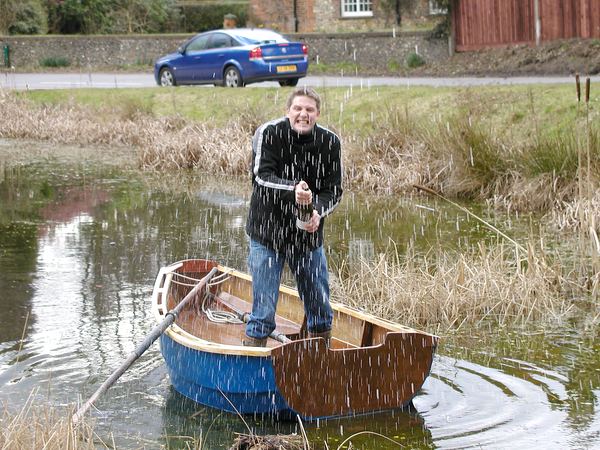 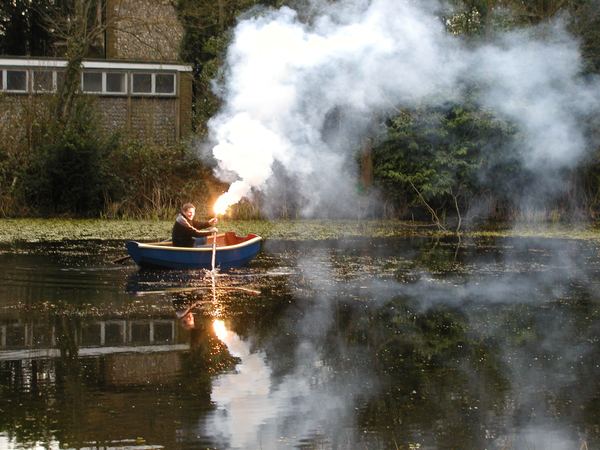 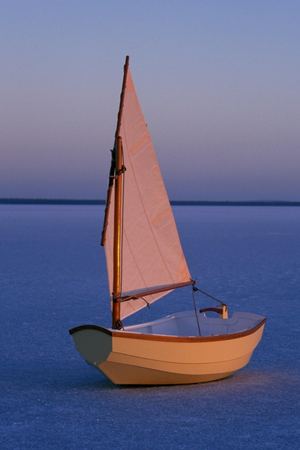 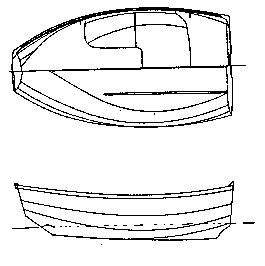 I knew the voice on the phone, Twenty-five years ago that voice had tried to convince me that A+B=C! And not only that, but he'd also informed me that if I were to flick another rubber band in class he'd give me a tender behind!

Now here was Bill Lomas, the maths teacher of my delinquent youth asking me for a tender behind! After explaining the reason for my merriment and sharing a good laugh, we got down to business. The requirement was for a tender for his small motor sailer.

“Big enough for Elsie and me, plus some gear and maybe two others at times. Short enough to go up on deck, light enough to be easily lifted up there and easy for an old amateur to build. Oh yes, we don't have a life raft on the yacht so it has to be our lifeboat as well!”

No longer young, and bothered by severe arthritis in his knees Bill also needed a boat unusually stable for something so small. Reflecting that life is rarely easy, I told Bill I'd be back to him in a few days.

He liked my preliminary drawings, and we went ahead with what became known to us as ‘Tender Behind’, a little boat that has become very popular with the many others who have built her. Bill worked away steadily at the new boat, thoroughly enjoying the building and seeing T.B. taking shape. I visited regularly, at first to keep tabs on the new design as it went together, then to visit the man who was rapidly becoming a friend. I found out that he was in fact a qualified Naval Architect, a fact that he had been loth to mention before as few people appreciate that the design of small craft is not something that a man taught to calculate the internal structure of ships is familiar with.

Bill's invariable good humour and enthusiasm for life made visiting the Lomas home an occasion to look forward to, but sadly he did not live to see T.B. in the water. Bill Lomas died on Christmas day 1989.

I bought the nearly completed boat from Elsie, and still have her. She's done a lot of miles, carried enormous loads and done some goodly voyages on her own. I used her at Traditional Small Craft Society meetings one season when I was between ‘real’ boats, and often took three or four adults exploring several miles up an estuary.

In trials we found that she rowed well for something so short, carried eight people for a few strokes of the oars without swamping and has stability that has to be experienced to be believed. This is one of the few small boats in which one can safely stand up and heave a carton of stores over the rail of the mothership.

Although the rig was intended as one that would never get small children into trouble while sailing around an anchorage, at least two very grown-up lady children have built their ‘T.B.s’ at 1O% longer (just multiply the fore and aft measurements by that amount, I don't think it would go well if any longer though) with a larger balance lug rig and are using their wee boats for quite adventurous trips. One in fact takes her sleeping bag and puptent. Cruising comes in many guises and this might just be the smallest practical cruiser yet.

She sails really well, in fact the wife of one owner tells me that once their forty footer is secure in its anchorage the main debate is who is first to sail the tender and for how long! She tows straight and very dry, motors safely with my 2hp Honda outboard and is still light enough to be easily roof racked on our little car.

It's a favourite with the family, and with many others as well. I've still got mine and have owned her for longer than any other boat I've ever had.

Note that this kit does not contain any of the wooden parts. Budget £370 for the plywood and £280 for the hardwood. 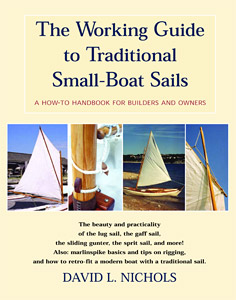 Make your modern sailing boat look (and work) like a salty classic.