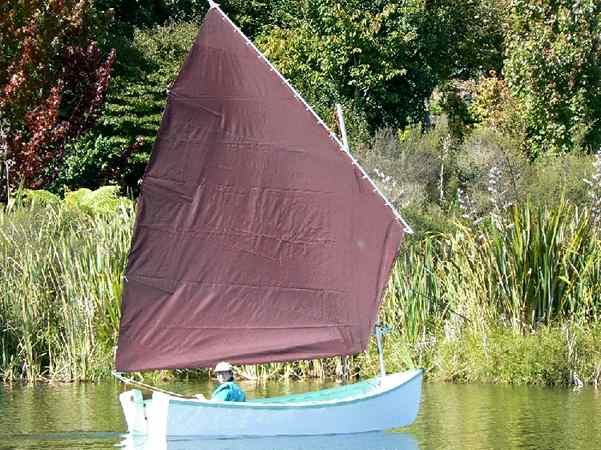 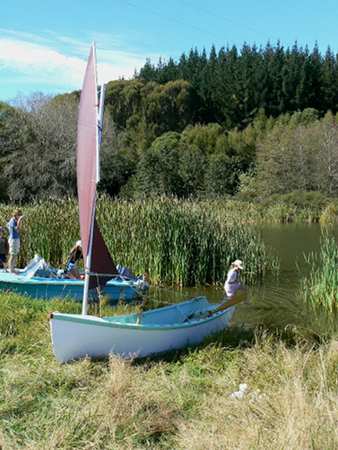 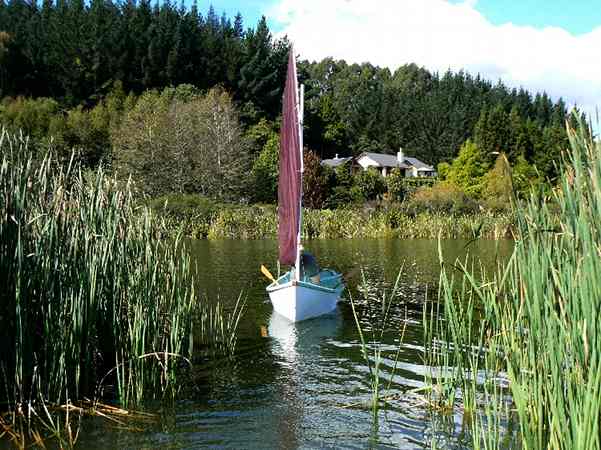 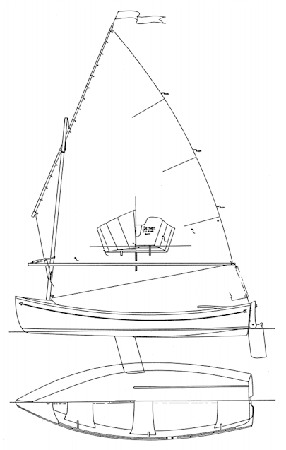 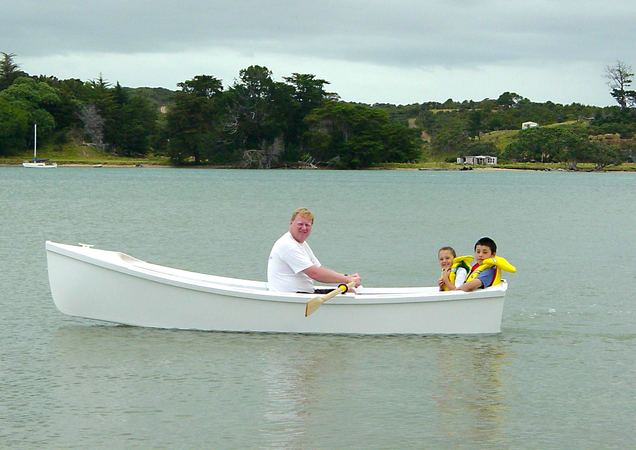 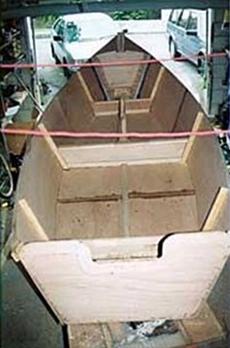 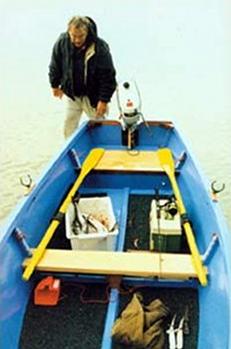 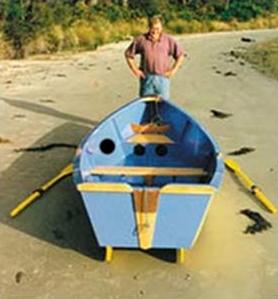 Simple little load carrier, or sporting sailor with a lot of performance for the money.

I really like these little boats, they are simple enough to not intimidate the first time builder, don't cost very much, even when nicely finished, and return more fun for the investment than anything else I can think of.

I was fiddling around with the scale models and drawings for a proposed series of flat bottomed skiffs when Richard Desborough visited. I've known Dick for more years than either of us care to admit to and for a lot of those years he has been going to build one of my boats.

Now the fact that the Desboroughs live a good thousand kilometres away means that our contacts are not so frequent and that the ideas as to what he wants have usually changed from one visit to the next, however on one recent visit I was proudly told that the house renovations were at last finished and could I draw a cartoppable sailing flattie of graceful shape that would suit the estuary where the family holidays each summer.

There was a bit of tooing and froing as we set the parameters, the size and weight had to suit a compact Japanese car already loaded with four adult sized people and their gear, and yet it had to carry the same four on the water in a reasonably comfortable and safe way. Performance was not to be a criteria but I've known the man a while, so she has a very high power to weight ratio which allied with the long waterline and slippery shape gives the boat very exiting performance with one aboard, and more than adequate speed with a heavier load. I know of one which, in the hands of its 11 year old budding ‘Whitbread’ star is a constant headache for his club handicapper and which, pushed with a three hp Mercury still carries his dad, a mate, two dogs and a pile of gear out to a ‘maimai’ in the duck season.

Setnet is the fisherman's version, without the centreboard, buoyancy tanks and foredeck, she provides a stable and easily propelled fishing platform. One which will stand quite rough conditions in reasonable safety as long as the user doesn't expect too much speed. She can be built very light enabling someone who doesn't feel like humping heavy weights to slip her into the water, and the same light weight makes her easy closer winded than many realise, I know that there are more than a few around who are embarrassingly familiar with the shape of Golden Bay's transom.

Building this boat is just the same as ‘Fish Hook’. She needs the same care to keep her square and straight that the others in this series of ‘jigless’ sewn seam boats, and being a bit longer benefits even more from the use of a lighter weight plywood such as Gaboon (Okoume).

Sail her ‘free’ rather than pinching her, you'll find that you make much less leeway when moving fast. The end result is that you make better progress than otherwise, and the boat is much easier to control. Note that this type of sail is very powerful off the wind, and rather like many of the old working boats from which she is descended Golden Bay may need reefing for downwind runs when the breeze really gets up.