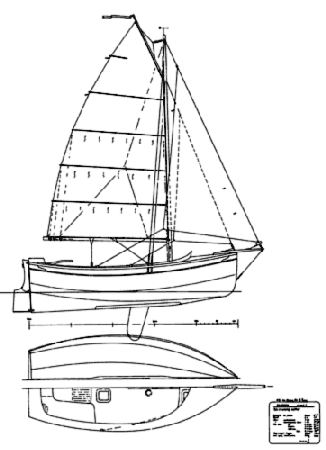 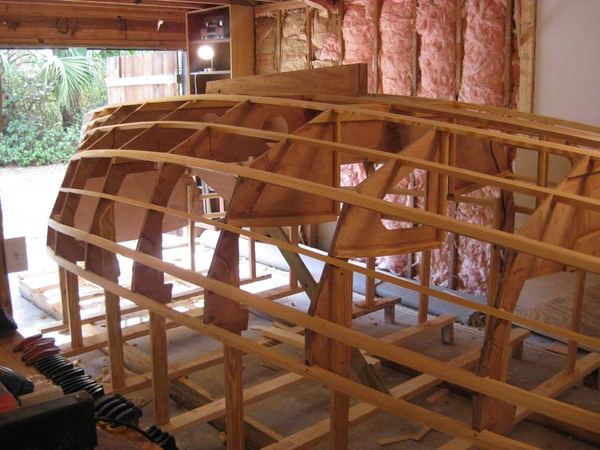 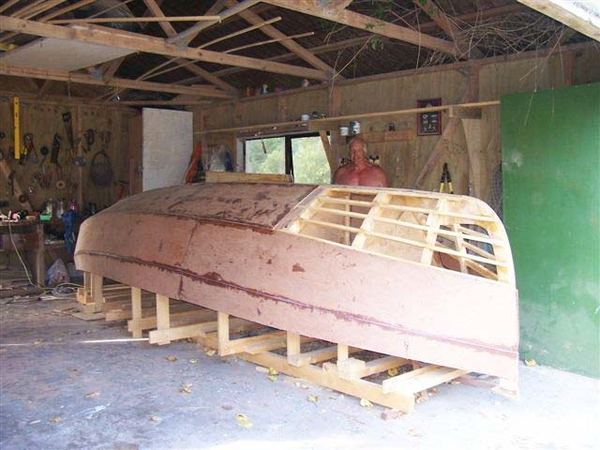 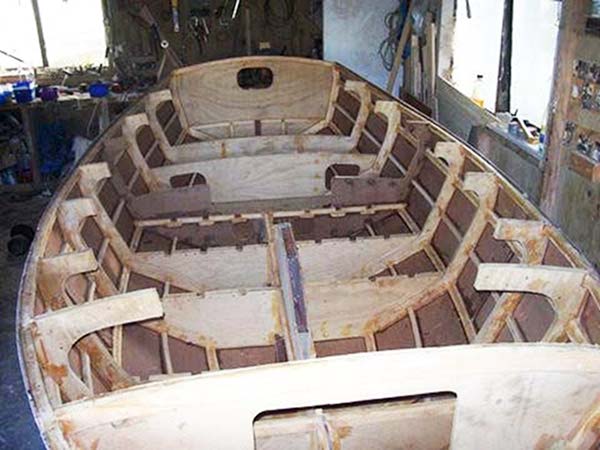 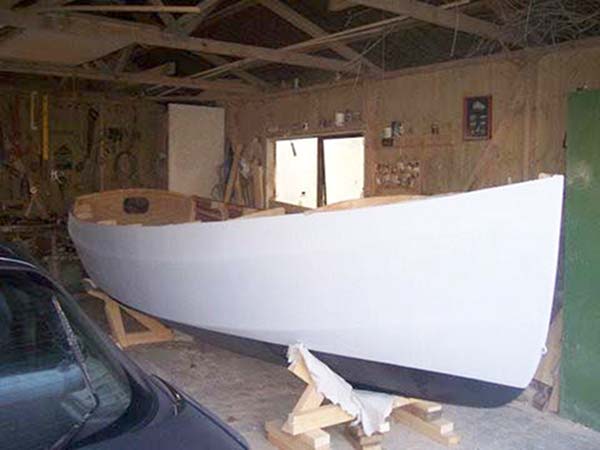 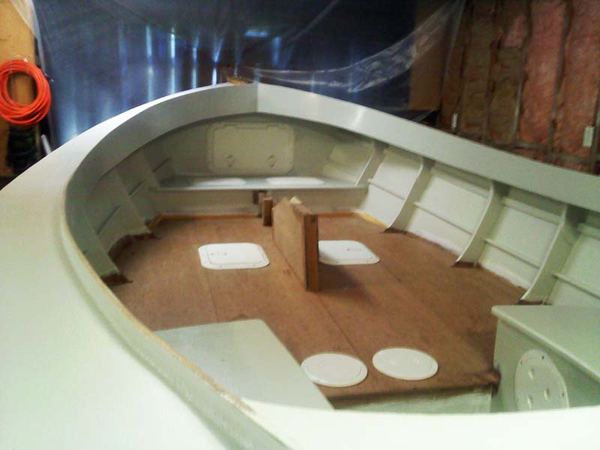 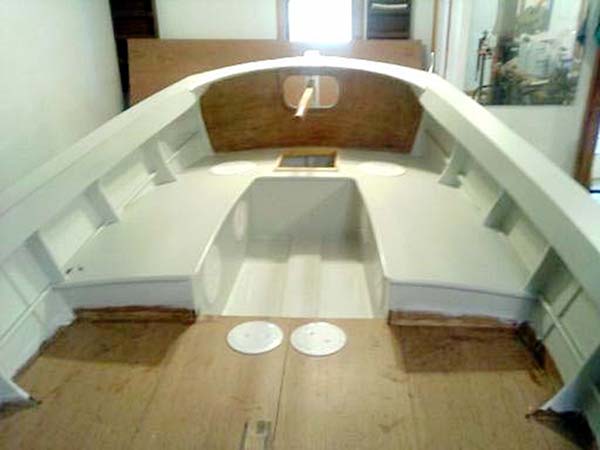 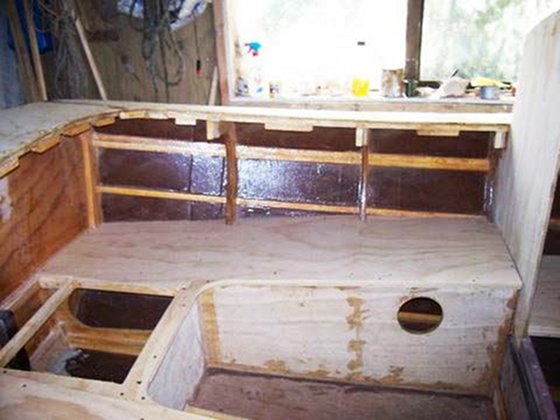 In my teenage years I sailed an 18 ft gaff rigged centreboard yacht around the Hauraki Gulf near my home just north of Auckland New Zealand. This is a wonderful area for cruising a small yacht with harbours every few miles, islands and peninsulas to shelter behind and thousands of square miles of beautiful warm blue water.

That was 40 plus years ago, and its been a while since I had a chance to revisit some of those coves and bays. Recently the thought that I should plan a ‘Pilgrimage’ to refresh the memories came to the fore and I began a project that would see me in the same area in a boat of similar character to the one I sailed all those years ago.

I live about 120 miles south of Auckland and my nearest port is Tauranga which is about the southernmost limit of my cruising in those days, and another 120 miles north of Auckland is the fabled Bay of Islands, again, that was about the limit of my cruising as a teenager. My aim was to cover the territory between Tauranga and ‘The Bay’ to revisit all of my old haunts, a trip that would put about 300 miles under the boats keel.

To sail from Tauranga north in summertime requires a boat with the ability to sail to windward in open sea against the prevailing Nor'Easters, and that with a mountainous forest clad lee shore under the port bow. The Hauraki Gulf is not as demanding but then the next leg heading north has a stretch of over 50 miles in open ocean with absolutely no shelter which requires a really powerful boat, one capable of coping with serious weather as even on a good weather forecast can mean a sudden ‘summer gale’ of up to 40 knots.

It was with these conditions in mind that I sat down at the drawing board to begin the design of my ‘pilgrimage boat’. I took the very successful hull shape of the smaller ‘Houdini’ design, the experimental design from which the ocean going cruisers Swaggie and Sundowner were developed and worked it into the right proportions to give me the size and space that I needed for a 3 week cruise sleeping on board.

There is space here for up to six adults to go sailing around the bay without feeling cramped, or for two to spend a week on board away from civilisation exploring the interesting places, but she's still easily singlehanded.

The need for comfortable accommodation was a major driver of the size and layout, and she has two full sized bunk spaces in which to spread airbeds and sleeping bags, huge lockers so when she is sailing all of the overnight and cooking gear can be stowed away ‘shipshape and Bristol fashion’, and enough buoyancy to float her high enough to be self rescuing if the worst should happen when out of sight of rescue. With the accommodation worked out and the seating and backrests proportioned so I would not get uncomfortable even after weeks on board, I looked very hard at both the keel configuration and the rig. I wanted to be able to sail into knee-deep water and walk ashore. I wanted to have a fixed rudder, which would be enormously stronger than a kickup one; I wanted a hugely strong boat with high righting moment and very high stability.

The keel that I've drawn has a big slug of lead bolted underneath which with the steel plate centreboard gives a boat that several people can stand on the gunwale without capsizing her, which has enough ballast to right her from 90 degrees even with the hull half full of water, and then hold her stable and upright to allow her crew to bail her out.

The fixed rudder has a big end plate, that makes the rudder stronger, improves steering efficiency, provides a step upon which to climb back in after a morning swim or an overboard situation, and importantly it greatly reduces pitching when sailing in short steep waves. All good outcomes.

The easily built plywood hull with its frames and laminated stringers reinforced by the wide side decks and that big full length keel makes for an incredibly strong hull, one well capable of taking the abuse that adventure cruising can inflict upon it.

When considering the rig, I had some spars that I wanted to use which I have to admit was a consideration, but when I looked at the requirements of the boat I felt that the gaff cutter rig so successfully used on other boats that I've drawn had a lot going for it. The mast is relatively short and light so is easy to stand up and rig, the sail area is large but low down so gives good drive for its area, the combination of roller furling jib, a staysail (inner jib) that can be set or taken down as required and a highly efficient full battened mainsail means that there are quite a number of possible combinations of sail to choose from to preserve balance and stability in heavy weather.

It's possible to go from full sail all the way down in five steps to just the little 25 sq ft staysail without having to change a sail or even go up on the foredeck. Safety in heavy weather is a feature of this design.

On top of all that, it's a very pretty rig that will be a lot more efficient than most ‘modern’ sailers think, there are some surprises for them in this little boat.

I have a vision in my minds eye, the boat thrashing along to windward in the late afternoon, Great Barrier Island just up to windward after the 30 mile open water passage through the notoriously rough Colville Channel to the Broken Islands. There is the narrow entrance of Man O War passage just beyond, showing me the way into the perfectly sheltered harbour of Port Fitzroy with its bush clad shores ringing with birdsong and the surge and snort of the dolphins that seem to live there most of the year round. I hear the clatter of the chain as I anchor the boat and set up my ‘cabin’ for the night. I imagine waking in the golden dawn light, and sitting up under the boom tent while the kettle boils, wondering at the beauty and peace of the morning, and thinking ahead to the next few days and the challenges that the longer passages ahead of me pose.

I've some boatbuilding to do before it becomes reality, but the dream is a vivid and realistic one. I'll be writing about it, perhaps I'll read about your adventures sometime?