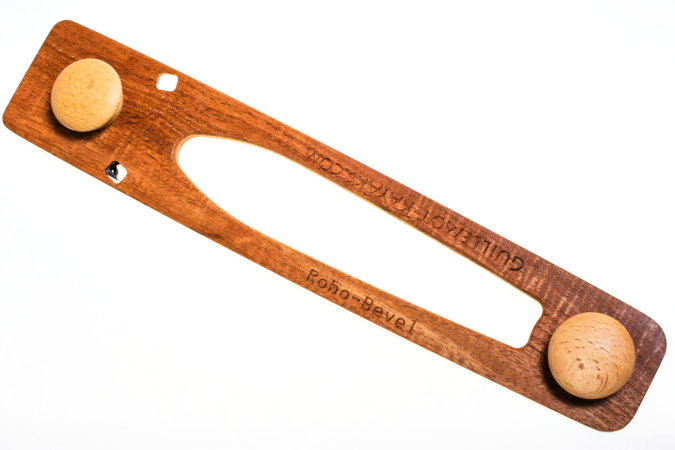 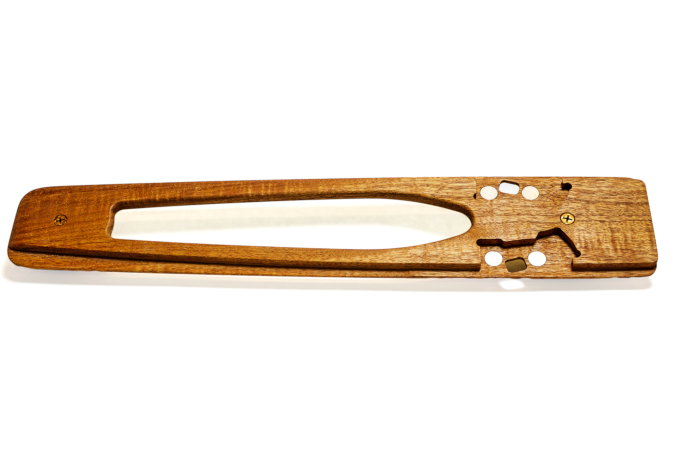 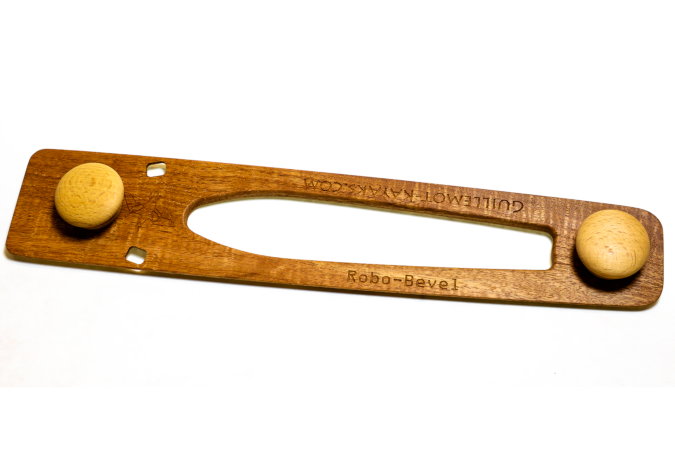 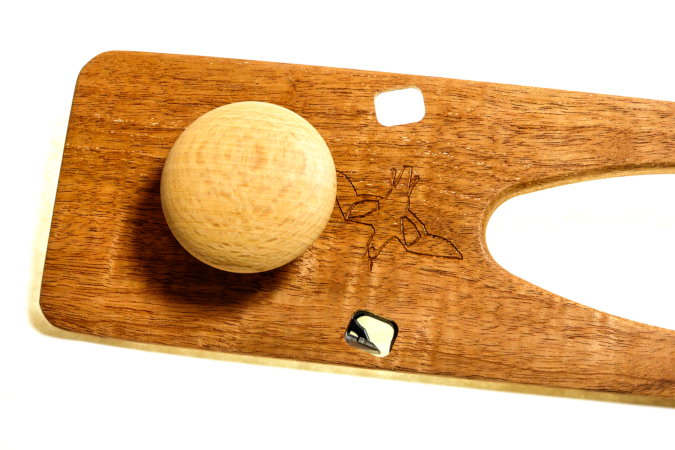 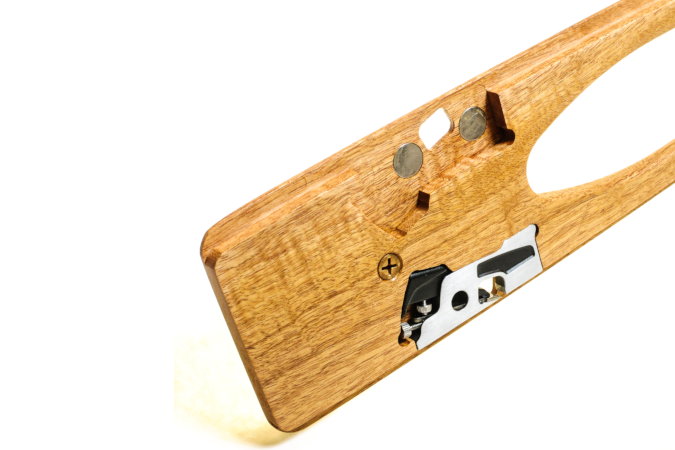 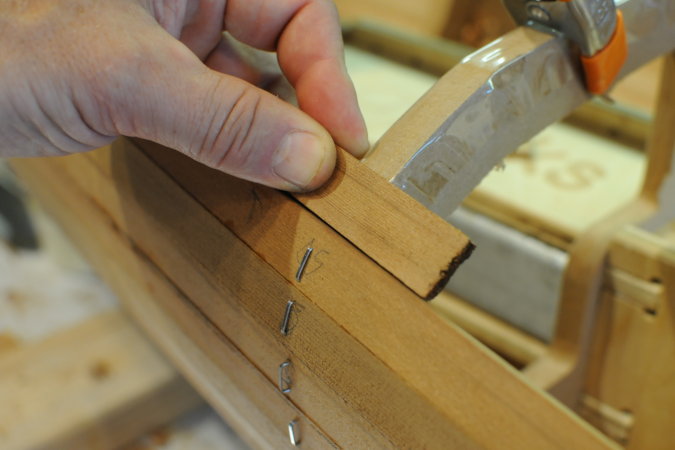 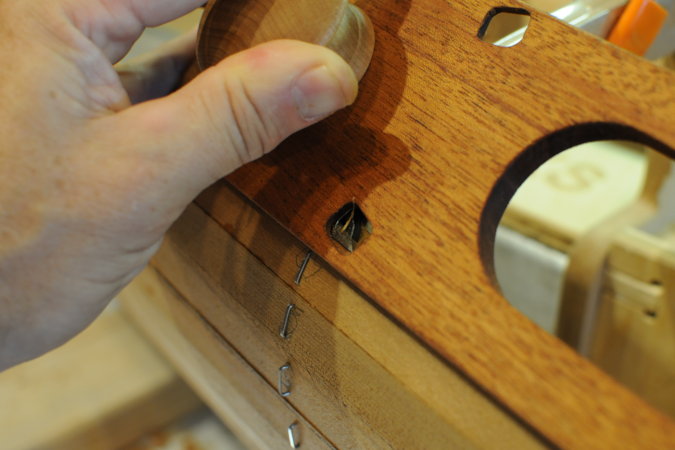 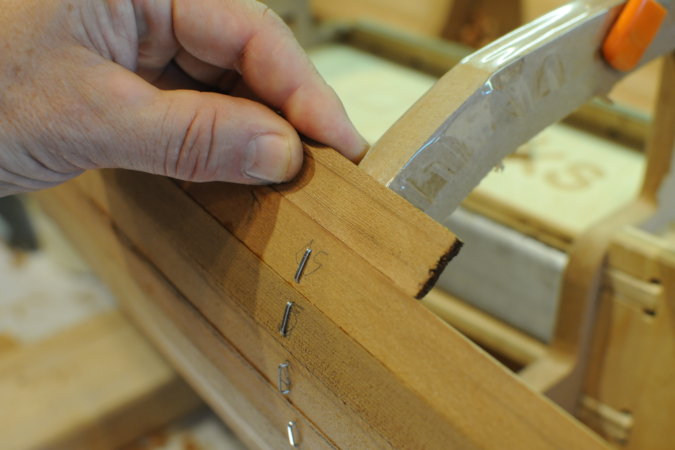 This ingenious tool quickly and accurately bevels the edge of cedar strips for a tight fit. Using a miniature shoulder plane (sold separately), it creates a rolling bevel on the edge of an already-installed strip to precisely match the edge of the next strip.

The Robo-Bevel was created by Nick Schade of Guillemot Kayaks. Nick designs and builds elegant cedar-strip boats to the highest standards of craftsmanship and performance and his boats have featured in major museums. The Robo-Bevel is Nick's preferred method for making his strip-planked kayaks and canoes.

The standard way to build a strip-planked boat is to use bead-and-cove strips. These provide a quick way to get reasonably tight seams between strips, however on boats with tight curves you can get tricked into thinking you have a tight seam as you build, only to find that sanding opens up unexpected gaps.

The other approach to strip-planking is to start with square-edged strips and bevel one edge of each strip to match the adjacent strip. Typically you bevel each new strip to match the previous strip already installed on the forms, by hand-planing the edge of the strip and test-fitting repeatedly. The bevel angle changes continuously along the length of the boat, so this is a time-consuming process. In practice, most people overestimate the bevel to ensure a tight fit on the outside of the boat, leading to slight gaps on the inside.

The robo-bevel eliminates this problem by tracking along the already-installed strip on the forms and automatically bevelling it to fit the square edge of the next strip. It uses a miniature shoulder plane made by Veritas, which is just ¼″ (6.3 mm) wide and is a very well made tool. When the next strip is placed on the forms, the edge of the existing strip is already bevelled to the correct angle to fit without a gap.

The plane is held in place by rare-earth magnets and is reversible so that it can be used with the grain going in either direction. The Robo-Bevel accurately holds the shoulder plane tight against the forms while riding easily down the length of the strips.

The Robo-Bevel is long enough to span between forms up to 17 inches (430 mm) apart. Press it against the forms on top of the strip you have already installed and run it along the length of your strip. Keep on planing until the tool cuts across the full width of the strip. Your next strip should now fit on top without further adjustment, creating a tight joint both inside and outside the boat.

The Robo-Bevel is precisely CNC-machined and hand finished with two knob handles and rare-earth magnets to hold the Veritas miniature shoulder plane. The Veritas plane is not included. 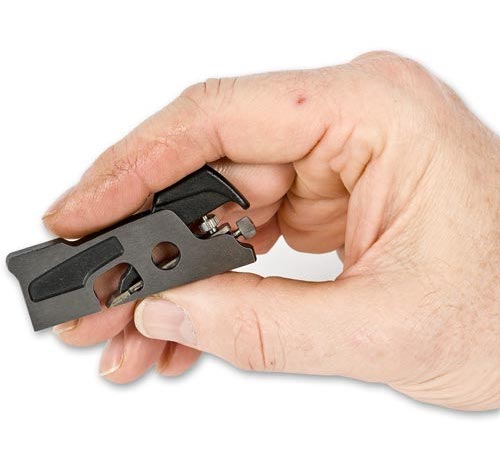 A tiny but remarkably effective shoulder plane for fine trimming or cleaning the bottoms of narrow dadoes and also used in Nick Schade's Robo-Bevel. 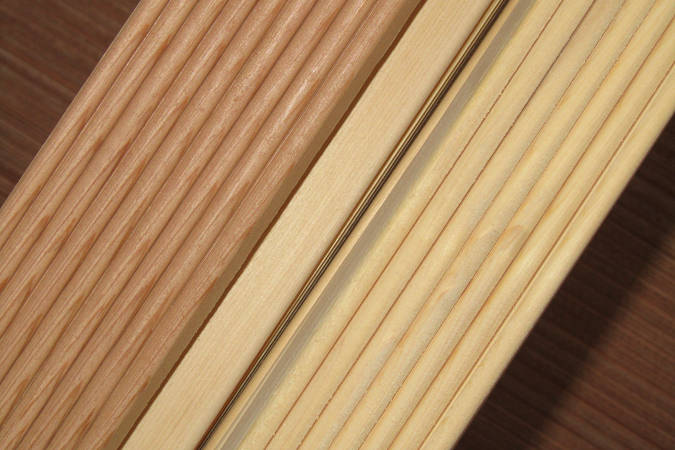 Cedar strips for boat-building, milled with a bead and cove joint for a perfect fit.